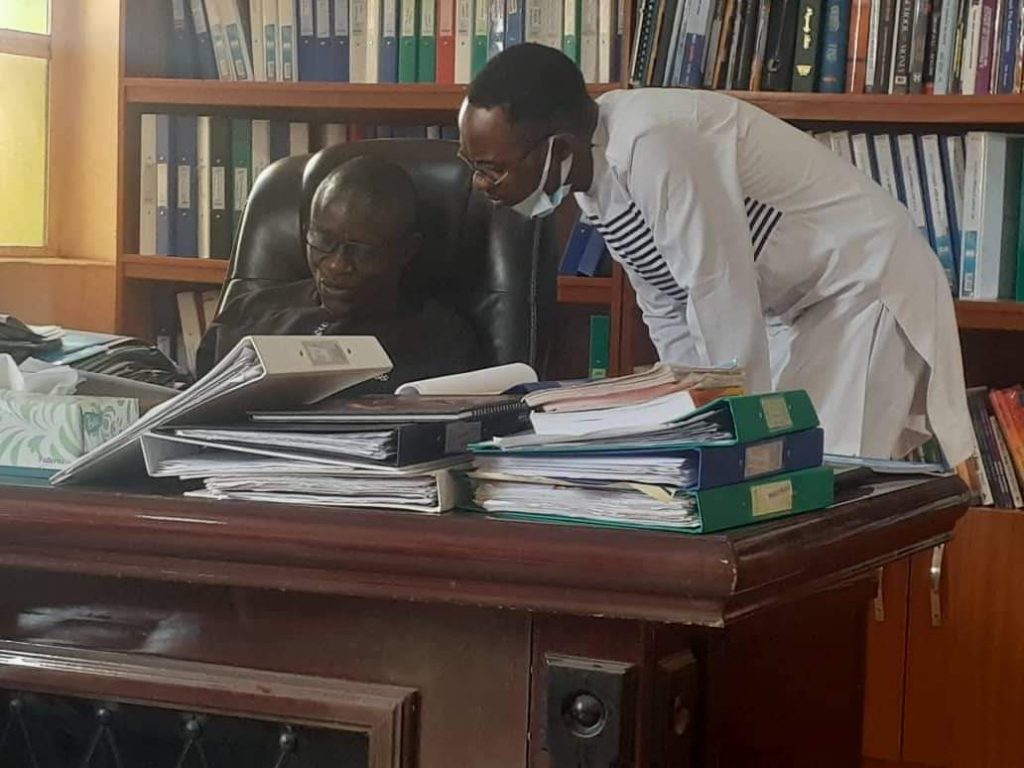 TOKENS OF OBEDIENCE (7)- CONFIRMATION OF FATHERS

The first time my Spiritual Father visited Eruwa after my call to ministry (I did not know he would be playing that role in my life as at then. I did not know how important a father would be in the work of ministry). The church was just about 4 months. He came for a meeting in town.

I had the privilege of sitting with him in my parent’s home after his meeting. He asked me questions and I told him about the call of God and the work that has commenced in the land.

He said to me, “You trained as a lawyer. Hearing you speak, I have no doubt that God has called you. If I had doubts, I would have asked you to go face your career. Son, get ready to fly”.

On the journey of the calling, the confirmation of fathers is a token of obedience. You cannot be the only one who heard God and every other person seem to be deaf to what the Lord is saying.

There must be people in your life who come with words of confirmation about the call of God upon your life.

Paul and Barnabas were serving diligently in the church at Antioch. They must have perceived the call of God into the Apostolic Ministry. They did not rush out. There was a season of confirmation and ordination.

Now there were in the church that was at Antioch certain prophets and teachers…As they ministered to the Lord and fasted, the Holy Ghost said, Separate me Barnabas and Saul for the work whereunto I have called them. And when they had fasted and prayed and laid their hands on them, they sent them away.
Acts 13:1‭-‬3 KJV

First, Paul and Barnabas knew they had a call. The Holy Spirit said He had called them. They must have had private encounters. However, they stayed faithful in the process waiting for the right time.

Second, the right time came in a worship meeting in Antioch. There came a confirmation. A word came from the Lord that pointed them out.

Third, the leadership confirmed the word by laying hands on them and sending them forth.

Only then, when the process had been settled was it recorded that they were sent forth by the Holy Spirit also:

“So they, being sent forth by the Holy Ghost, departed unto Seleucia; and from thence they sailed to Cyprus.”
Acts 13:4 KJV

What’s the point here? Do not abuse the process under the guise of “The Lord told me”. God has his patterns. Be patient. If you are the only one that has heard, calm down. Stay in prayer. Stay faithful where you are. Your season of confirmation will come. Conserve the energy. You will surely need it soon.