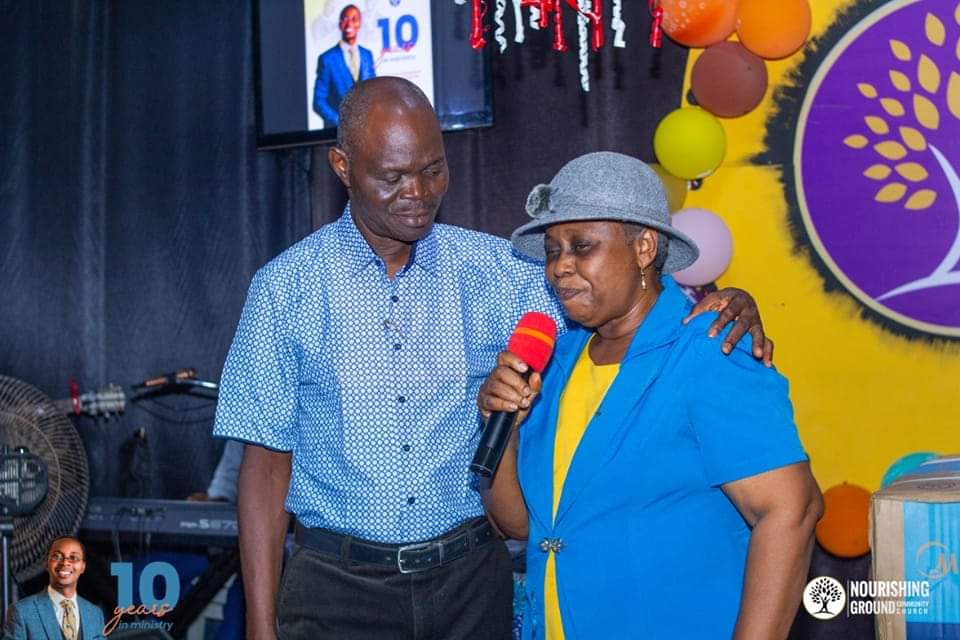 “DO NOT BRING THAT SICKNESS IN HERE”

As kids, anytime we got sick in school and our parents were beckoned on. As soon as we get home, Mum would say to the sick- “Temi, you know sickness is not permitted in this house. So before you come inside, rebuke that sickness”. You need to see me saying, “In Jesus name, I am not sick”. She would definitely take great care of us and take us for medical treatment. I hated injections.

There was a time Mum returned from a conference and all three of us were sick. She came into the children’s room that evening and I heard her say, “Devil, you have no space here. I rebuke you spirit of infirmity. Get out”. Our health was restored that night.

Today, we do not just pray for our children but we also now pray for our parents. We now remind them of that strong faith in their ageing years.

There is something about seeing a great example of faith. It gives you a headstart in life and destiny. Timothy had such a headstart. He saw faith as a young child and faith was seen in him also.

“…when I call to remembrance the genuine faith that is in you, which dwelt first in your grandmother Lois and your mother Eunice, and I am persuaded is in you also”
II Timothy 1:5 NKJV

Generational examples build you up for generational impact. It is easier to replicate what you have seen. But if it has not been seen, it is hard to replicate.

Unfortunately, the examples some saw were terrible examples and that it was they are also replicating. At times in the Chronicle of Kings, you will see words like this:

He did evil in the sight of the Lord and walked in the way of Jeroboam, and in his sin by which he had made Israel sin.
I Kings 15:34 NKJV

And he did evil in the sight of the Lord and followed the sins of Jeroboam the son of Nebat, who had made Israel sin. He did not depart from them.
II Kings 13:2 NKJV

But we had the chronicles of those who followed great examples also:

And he did what was right in the sight of the Lord, yet not like his father David; he did everything as his father Joash had done.
II Kings 14:3 NKJV