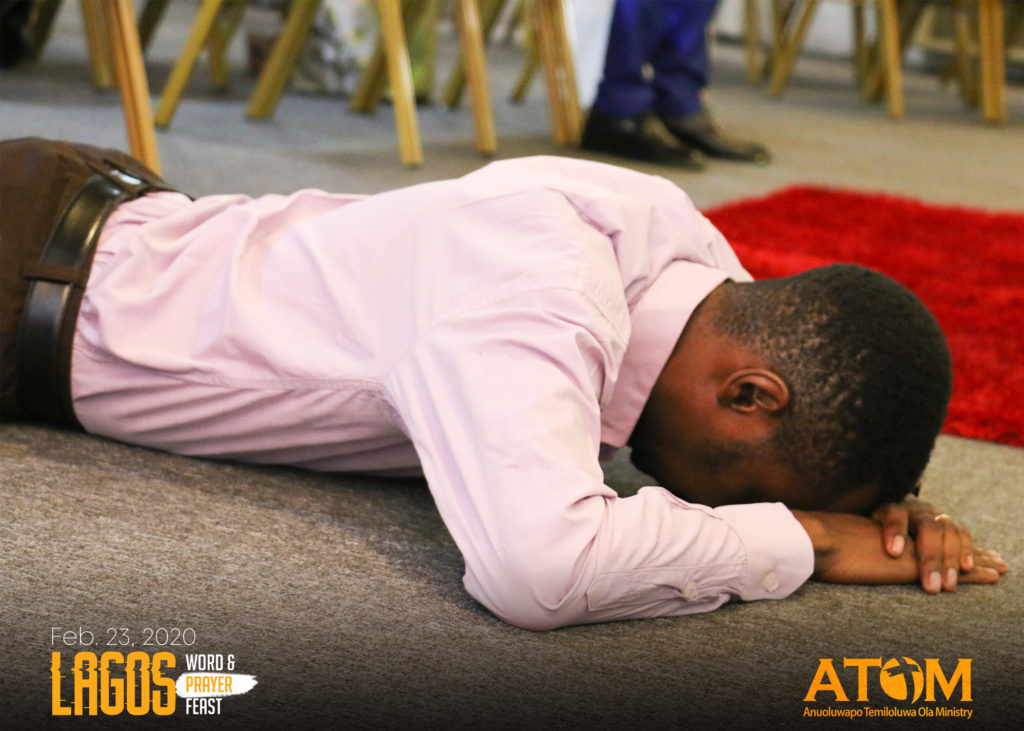 Couple of years ago, I was teaching in church. I gave an illustration about women. A young man said, “They are all like that”. I used him as a teaching prop by asking, “Does that include your mum and sister?” He said, “No”. He definitely got the lesson and I went on teaching.

Next service, I told the church that I apologised to the young man. Someone came after service and said to me, “Now, you are my pastor. I was worried when you spoke to him that way”.

My dear ones, it is easier to use a right action to cover the wrong we have done rather than apologise and repent of the wrongdoing. Some parents do it- rather than apologize for being wrong, they try to bribe their way into the heart of the child by giving extra meat or new cloth.

Think about Aaron- the people requested him to make them some gods to lead them since Moses was no where to be found. Aaron obliged and made a golden calf out of their gold rings. The people began to scream, “These are the gods that brought you out of Egypt”.

Aaron’s next move shows that of a man who realised his wrong yet would not admit it. He sought a way to endorse his wrong doing with something “religious”. Aaron erected an altar before the golden calf and said to the people, “Tomorrow will be a festival unto the Lord”.

Friends, stop erecting altars in front of the golden calf. Destroy the calf first. No matter the size of the altar you raise, it makes no meaning as long as the golden calf is standing. Using stolen money for godly purpose does not change anything.

Repentance is not the same as remorse. Remorse simply means you felt bad and you erected an altar while the golden calf was there. Repentance means you destroy the calf so the altar can stand.

Beloved, do not be smarter than the Word of the Lord. Do not allow the flesh and it’s ego keep you away from dealing with what the Holy Spirit has revealed.

What is the Holy Spirit working on in your life right now? Do you know it? Stop managing sin. Sin management is not the same as repentance.

Stop going home with new things for your wife after you bought more for another woman. It is simply guilty conscience that is driving you. Destroy the golden calf. Your altar then can stand.

Repentance is a complete change of direction and not just sin management!

Partnership: In about 6 weeks, we will be producing and distributing another set of Hard Copies of Compass Devotionals. Would you love to be a part of what the Lord has commissioned? Please visit www.temiloluwaola.com/partneronline