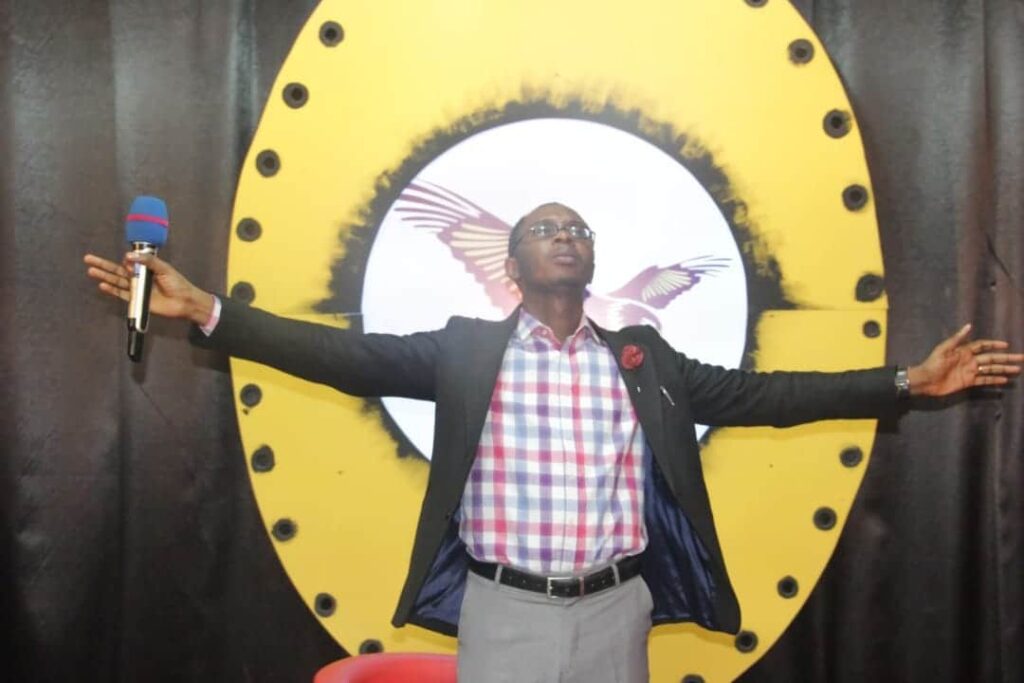 GET SET TO FLY

Four months after the commencement of the ministry in Eruwa, my Spiritual Father came to Eruwa for a meeting. I had the privilege of telling him about the vision. He said to me, “Son, get set to fly”.

The prophet Isaiah wrote about Father Abraham saying: “Yes, think about Abraham, your ancestor, and Sarah, who gave birth to your nation. Abraham was only one man when I called him. But when I blessed him, he became a great nation.”
Isaiah 51:2 NLT

At a point during the call, the devil was trying to play games on my mind. He told me that, “I would never get to marry a great woman because no woman of stature would agree to be where I am especially with what I do”. God’s call shamed the devil. My woman is “A+” and we are blessed in all ways.

The devil said to me that “I would be poor”. It was not a big deal except that it was the devil that suggested it. We have not lacked any good thing. We have been blessed with resources- human, financial and material.

The day Jesus stepped into Peter’s boat, the harvest of fish was beyond imagination. But Peter left it all to follow Jesus. The Call of God is bigger than the boat full of fish.

When the process of God took Joseph out of his father’s house, it was hard. He lost his beautiful custom made garment. It was from solitude to slavery and then to servitude before significance but he could say to his brothers, “God has made me a father to Pharoah”.

There is no one who obeyed God’s call and did it God’s way that remained small. The men in their times may not see them for who they are but generations still call them blessed.

The call gives you wings. It brings you into the things and places the Lord has prepared. There is no deficit in the call. Whatever is meant for evil is turned into good.

The call gives you a voice to generations. Find the eternal purpose of God in all you do. Find the agenda of God in being a husband, wife, father, mother, teacher, doctor, and all.

It takes an awareness of the call to make you never to argue with the voice of Mordecai who points to the Kingdom purpose of your promotion.

“Why are you here at a time as this?”

Have you found the answer?