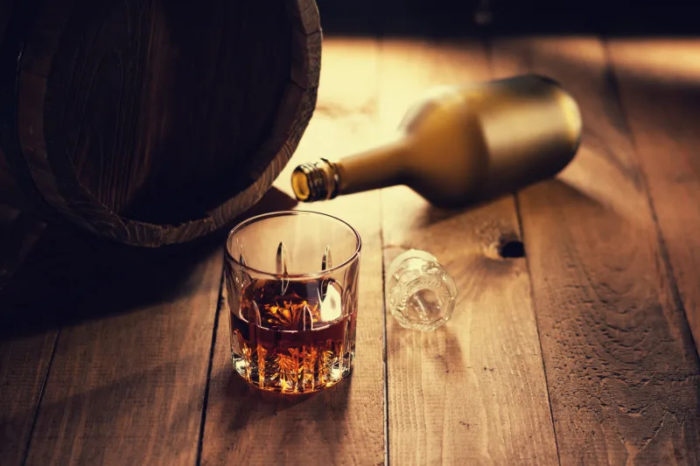 Many years ago, my dad worked as a bank teller. At the close of the day, he had a huge deficit that he could not trace. Despite all he tried, he could not resolve it.

He went home worried. He had a bottle of alcohol in his fridge. He was just a casual drinker. He would normally take sips. But that day was different. He took more than a sip. He went to the bathroom and slept off there.

I love my Dad. He has taught me a vital spiritual lesson- When it gets tough, a sip is not enough. Get drunk in the Holy Spirit. Pray up your spirit till rest comes in an unusual circumstance.

You will see that principle in scriptures also. Let us examine some:

When the Philistines heard that David had been made king in Israel. They came to attack the nation. David did not hurry out to fight. He went first into the stronghold. Friend, when it gets tough, get into your stronghold and seek the face of God. Come back with a spiritual strategy and confront the challenge. (2 Sam.5:17-25)

The problem we have most times is our laziness in prayer and our over-reliance on carnal solutions.

Second, when Jesus got to the point where he said he was sorrowful unto death. There was something he did- “he went a little further” and fell to the ground and prayed (Matthew 26:39). After praying, he returned ready to confront his betrayal, trial and crucifixion.

The problem we have is our incapacity to press in more in the midst of tough times. We cave into the pressure rather than lean upon His grace. You need more than a sip to face the cross. You get drunk in the Spirit.

Third, when the Apostles were persecuted for preaching the gospel. They threw them in prison and an angel came to open the prison door. He asked them to go to the same place and preach the gospel again.

The religious council (same as the one that condemned Jesus most likely) sent for them and concluded that they should be flogged. They left rejoicing. Can you imagine?

But the secret was simple. When the persecution came to a peak and they asked them never to preach in the name of Jesus, they took more than a sip. They returned to their drinking corners with their drinking buddies. They prayed until the place they were was shaking. They left with boldness to do more (Acts 4,5).

When my dad woke up from his drunken stupor, his problem was still there. But those who get drunk in the Spirit of God return in the power of the Spirit. Mountains melt before them. Challenges bow to them.

We are in the season of sons. Let the sons arise. Let the Daniels press in for answers where others dare dread. Return with answers for the kings of this world. Come back with solutions that only the spirit can supply. You are not flesh. You are Spirit. Let the deep call to the deep.