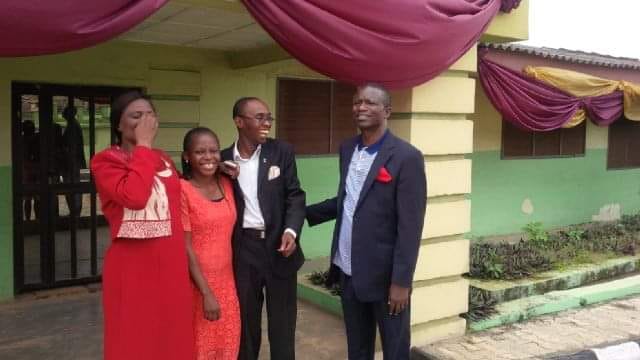 One of my dear sisters on this journey said to me, “I love your appetite for knowledge” when she discovered that I travel monthly to attend the Ministers Seminar in my Spiritual Father’s Church.

But for me, it was more than going after knowledge- I just knew that there are people that I must not feel like I have outgrown and one of them is my father and teacher.

It was the same with Esther:

Esther continued to keep her family background and nationality a secret. She was still following Mordecai’s directions, just as she did when she lived in his home.
Esther 2:20 NLT

The gifted have a “touch and go” spirit. They appear humble until something major happens. Can you still heed instructions after you have made more obvious physical progress?

You make more money now or the business has blossomed so you talk to your Pastor with the “money voice”. You now have multiple invitations so you tell your teacher that you are busy. If he kept that day free to teach you, it must never be hard for you to keep that day free to learn also.

My spiritual father will say, “No matter where I am in the world, I will be here to bless you”. He has honoured those words in the midst of tight schedules. Why should I then be bigger than his sacrifice? No excuse is tenable. Live that way and you will go far.

When Esther became queen, Mordecai also became an official in the palace. That is a huge test. She can be called his “employer” but she still followed his instructions.

When some little change comes in your finances, you can be tempted to see your trainer as incapable. You have forgotten that what brought you this far was not his bank account but his wisdom bank.

After the oil of kingship came on David, he still went back to take care of his father’s sheep in the wilderness. There are people you must not outgrow their relevance- even if they cannot teach you about certain matters, you must reserve for them the honour of who they are to you.

That is the portrait of frustrated gifted Men- they know they are anointed for great things but the steps and process on how to get there seem elusive. It is simple- go and check how you treat instructions and instructors.

You can follow instructions like a “big man” or with humility. There are people you must be able to say to “I am still your boy” and you mean it. You may be father or teacher to others but with such a person, you are still a student and a son. Do not take such for granted at all.

LAGOS WORD AND PRAYER FEAST: We will be in the city of Lagos (Ojodu) on the 23rd of February, 2020. You can register for the event via http://lwpf.temiloluwaola.com