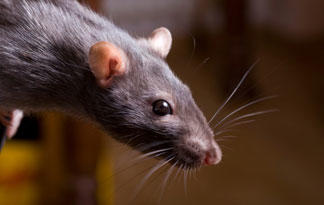 THE RAT HAD BABIES

There was a time that our house (my parents’ house) was in invaded by rats. We would kill rats almost every night. There were slow rats, fat rats and even one flying rat. You were trying to hit it on the chair but it has found its way to the window- it could spring up so fast and with ease.

The menace of the rats reduced when we discovered a major secret- they had a whole clan of tiny babies hidden in the block support for the kitchen sink. We invaded and destroyed their home. We enjoyed peace.

Beloved, you can get rid of the mother rat but if she has succeeded in leaving babies behind, you still have battles to fight and to win.

Esther and Mordecai (with the Jews) had gotten the favour of the King Xerxes and Haman had been impaled on the gallow that he set up for Mordecai’s death but Queen Esther had to return to the King to make a fresh request:

Esther said, “If it please the king, and if I have found favor with him, and if he thinks it is right, and if I am pleasing to him, let there be a decree that reverses the orders of Haman son of Hammedatha the Agagite, who ordered that Jews throughout all the king’s provinces should be destroyed”.
Esther 8:5 NLT

Haman was dead but the decrees he issued were still active. If Esther and Mordecai went to sleep after Haman’s death, they would have won a battle but lost the war because the Jews would still have been killed.

Believer, do not celebrate too early. Do not put your feet off the throttle of divine petition. We are a generation that are quick to generate a note of victory because of our laziness in the place of prayer. We shout but we still end up seeing Haman’s decree fulfilled because of our negligence.

There are series of battles in a war. Do not just win a battle and go to sleep. Win the battle and ensure that you win the war. When you kill Goliath, do not go to rest. Goliath has brothers. Goliath has fans and followers. They will strike. Do not sleep.

How did Esther get rid of the decree of Haman? Quite simple- “Esther went again before the king…” (Eccl 8:3)

If you have to go again before the Lord on your knees, do not hesitate. Pray till it is all settled. Do not stop midway shouting in praise when you have not won the war. Do not celebrate too early. Have you gotten rid of the decrees of Haman?

LAGOS WORD AND PRAYER FEAST: (15 days to go). We will be in the city of Lagos (Ojodu) on the 23rd of February, 2020. You can register for the event via http://lwpf.temiloluwaola.com