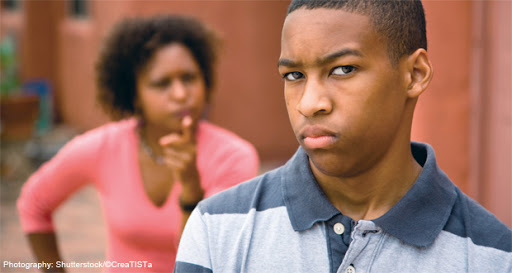 IF YOUR DAD/MUM HURTS YOU

The first thing she said to me blew the wind out of my sail. She had lost her mum and had been raised by different hands. She said to me, “Pastor, I wish it was my father that died”.

Beloved, we cannot deny the fact that there are children today who have been grievously hurt by their parents. Some saw things that broke their innocent hearts- emotional, physical and sexual abuses.

Do you know a young man called Reuben? Reuben was the first son of Jacob. Reuben saw the injustice in the family. He saw how his Dad treated his mother Leah. He saw the rivalry between Leah and her sister, Rachael.

Things were so bad that Leah could not get to sleep with Jacob until she paid a bribe of mandrakes (gotten by Reuben) for a night with her husband.

The hatred was so intense that when Jacob was to meet Esau and there was the scare that Esau would wipe away his whole family, guess the set of people he placed in front so they can meet Esau first? Leah and her children.

“Then Jacob looked up and saw Esau coming with his 400 men…He put the servant wives and their children at the front, Leah and her children next, and Rachel and Joseph last.”
Genesis 33:1‭-‬2 NLT

Jacob hated Leah. Reuben was not the only one who saw it, the Lord saw it too: “And when the Lord saw that Leah was hated, he opened her womb: but Rachel was barren.”
Genesis 29:31 KJV

Even though the Lord saw that Jacob hated Leah, he did not support the path that Reuben took. After the death of Rachael, Reuben slept with Bilhah (she was Rachael’s Maid and Reuben’s step mother). He inflicted a wound.

God did not call his action a fight for justice. Guess what God called it- Dishonour!

“The oldest son of Israel was Reuben. But since he dishonored his father by sleeping with one of his father’s concubines, his birthright was given to the sons of his brother Joseph. For this reason, Reuben is not listed in the genealogical records as the firstborn son.”
1 Chronicles 5:1 NLT

You may have been hurt by your parents but you must ensure that heaven does not interprete your action and disposition to them as dishonour.

Choose your response carefully. Make sure it is a godly response. God did not approve of the way you were treated but neither will he approve any act of dishonour also.

NOTICE: Click this link to join the Telegram Channel created for the devotionals and share with friends who constantly request you send to them also: https://t.me/compassdaily