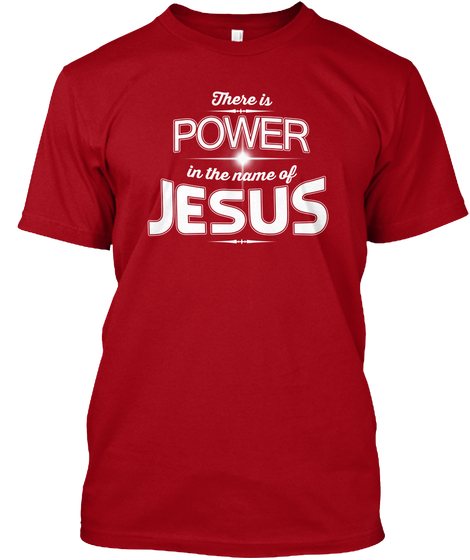 THE ANGRY TEACHER AND THE POWER OF A NAME

It was right in the middle of a lecture when a colleague stepped out to get a bottle of drink in the faculty canteen. When she stepped back into the class, the lecturer was visibly annoyed.

He paused and asked, “What is your name?” She mentioned her first name but he insisted on knowing her full name. When she mentioned her full name, the lecturer asked, “Are you the daughter of so and so?” She responded in the affirmative and the conversation changed. All we heard next was, “Sit down. Sit down. Ah! That’s our father” The class had a moment of silent laughter.

Friends, there is power in the name you have- Jesus! You have a name that is above every other name. A name that every knee, including yours, must bow to. The name of Jesus is weighty. It is powerful.

There is power in your origin. When Haman returned home and told his wife Zeresh and their friends about the ordeal between himself and Mordecai, do you know what they said?

They told Haman, “Since Mordecai, before whom your downfall has started, is of Jewish origin, you cannot stand against him- you will surely come to ruin!”

That is a powerful statement. The unfortunate thing is that a lot of believers have no idea of their capacity. We become cowards in the face of threats because we do not know who we are.

Hold on a bit- Pharaoh discovered the true potential of the Israelites in Egypt. He knew they had the potential to defeat Egypt sometimes soon. What did he do? He began an identity war. He wanted them to remember that they were slaves and nothing more. After they left Egypt, it was still so hard for Egypt to leave their mindset.

Why do you think Nebuchadnezzar did not ask for the gold from Jerusalem? Rather he requested for the brightest young men and did something simple- He taught them the Babylonian culture and changed their names. He knew what he was doing. It was an identity attack.

Daniel had to remind himself that he was from a different culture- he began by rejecting the food.

There are tables you sit at right now and when you see what is on the table (in business deals and other offers), you forget who you are! You sacrifice your identity for the king’s portion.

Hear this- If the enemy succeeds in altering your sense of identity, he will surely alter everything else. Your configuration will be lost. You will still go to church but with a mere sense of tradition and not the mindset of the kingdom. You will still say some Christian words but feast at the wrong table.

If there is anything that you need to fight for, it must be your sense of identity. You are of God. You are His Mordecai. You are His Daniel. You are His Jew. You are His nation. Fly your national flag. Do it with pride. You are an ambassador here on earth and not a citizen!