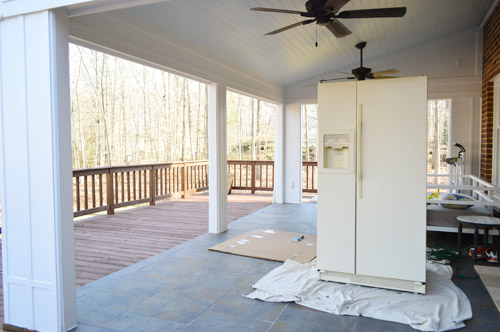 THE PARABLE OF THE FRIDGE AND THE DOOR

Someone close to our family was building in the community. He is an indigene but not resident in town. He sent some appliances that would be used to furnish the house he was building.

One of them was a giant-sized fridge. It was quite huge. We had to keep it with us before taking it to the house. But there was a challenge. The fridge was too big for our entrance. The only way it would come in was to break down some portion of the wall and enlarge the opening. We kept it outside.

There are things you desire but you are not built for them. There are dimensions you want to operate in but your capacity is poor. Most times, the problem is not about the blessing of God, it is about the preparedness of man.

Moses desperately wanted to do all in his capacity to save the Israelites from the oppression of Egypt but God had some other plans first- He needed to teach the man how to lead the people with the heart of a shepherd and not just the sword of a soldier.

You are really desirous that your brand should grow and you should become influential but God is looking at you and he knows that you cannot handle the fame and wealth that comes with it.

Philip, on the other hand, was called to serve tables but he had the capacity to win cities and raise a strong family. It was just a matter of time, the capacity within Philip found expression.

If you are given what you do not have the capacity to sustain, it would amount to a waste. If you are given lesser than your capacity can handle, you will soon be propelled to your real capacity.

If you give a man with the capacity of Joseph a Potiphar dimension of assignment, he will handle it like a national assignment because that is the capacity he has.

Build capacity before you seek promotion. Do not cry for the level you cannot handle. It can bring you more losses than profit.

If you are diligent in your business, be patient and be sensitive. Your time to stand before kings is coming and there is nothing no one can do about it.

If you carry the palace on your inside but you are singing and playing the harp in the wilderness, the palace will hear your sound and surely send for you.

Do not reduce your performance to the size of the crowd because you do not know who is sitting in the crowd. The difference between two seasons is not time but actually people. One person can make the difference.

Everyone will throw their rods down and it will all look the same and turn to snakes but it is just a little time, we will soon know the rod that had an encounter with the Lord behind the scene. Build capacity, do not be indifferent. The difference will soon show.